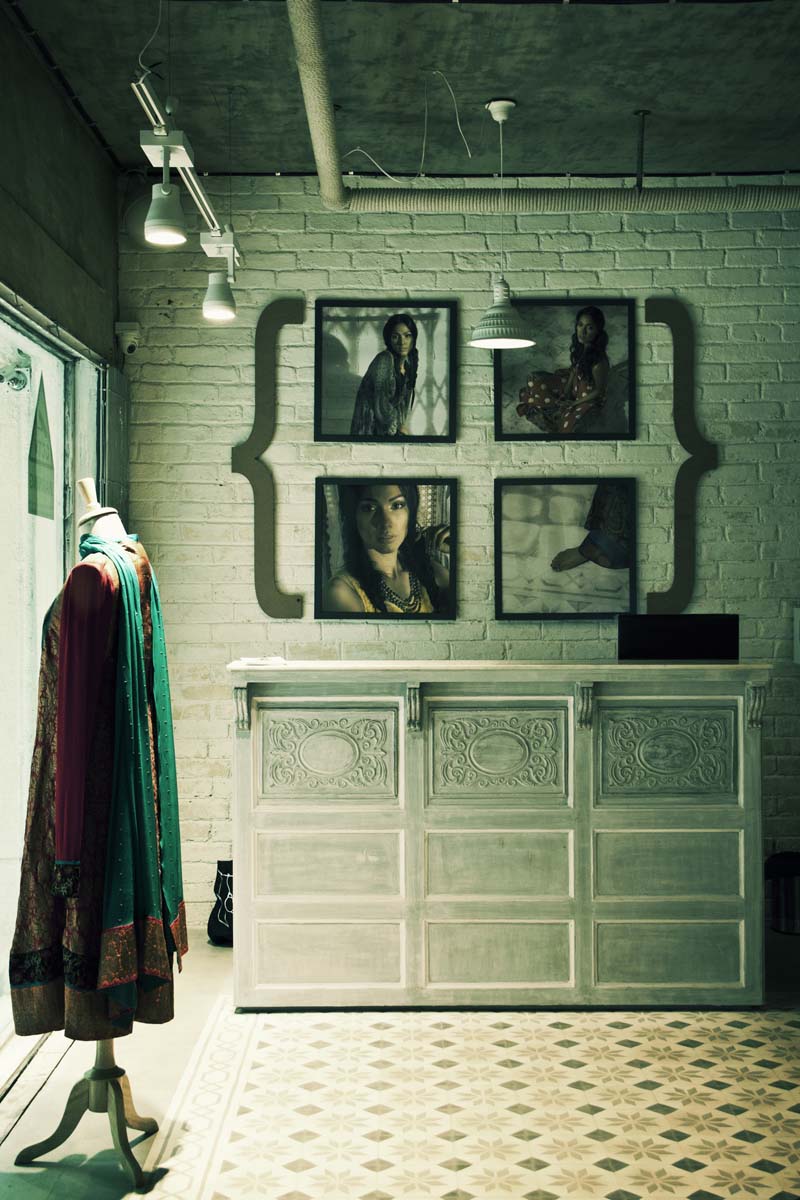 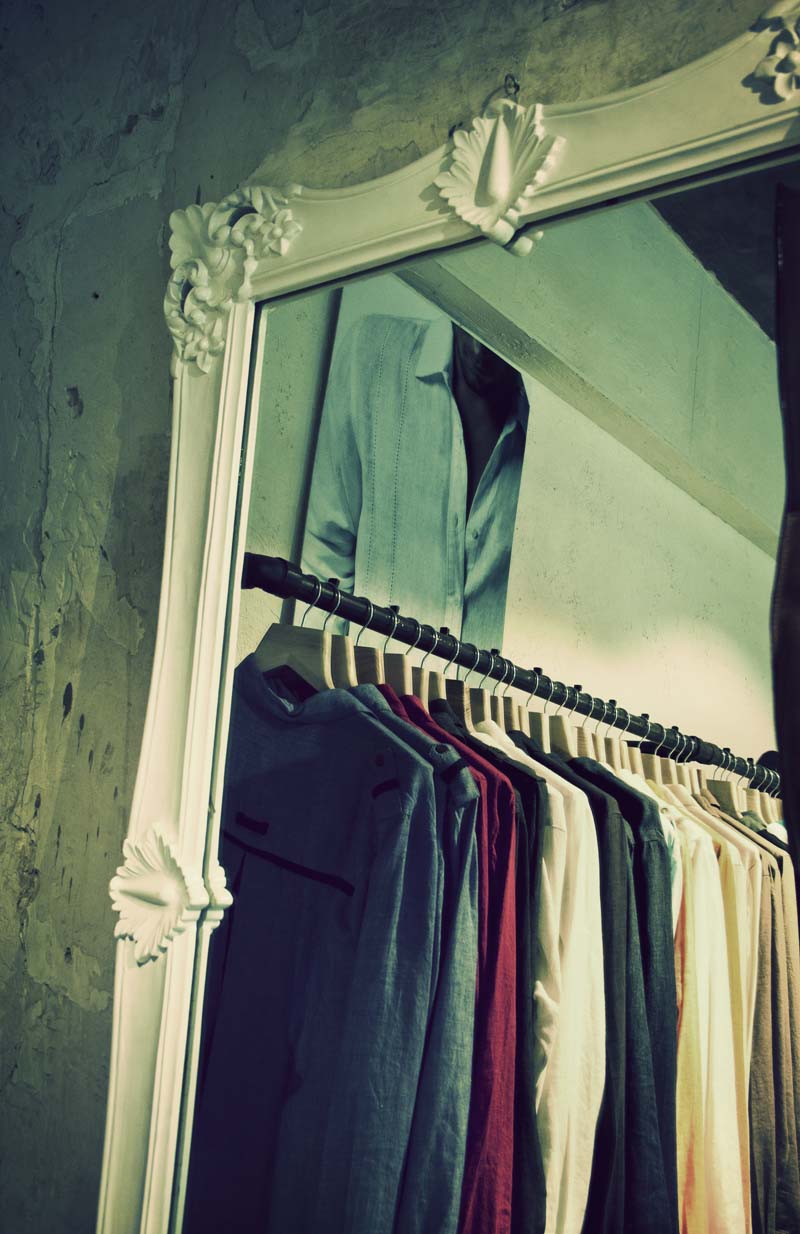 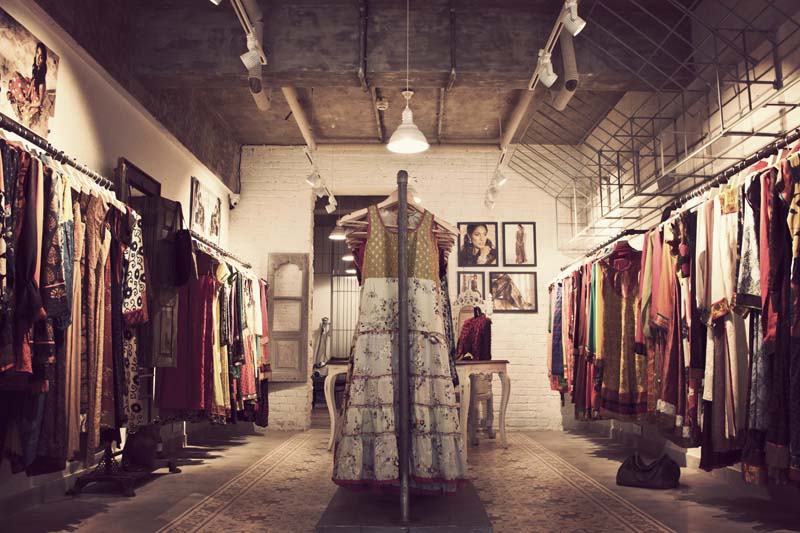 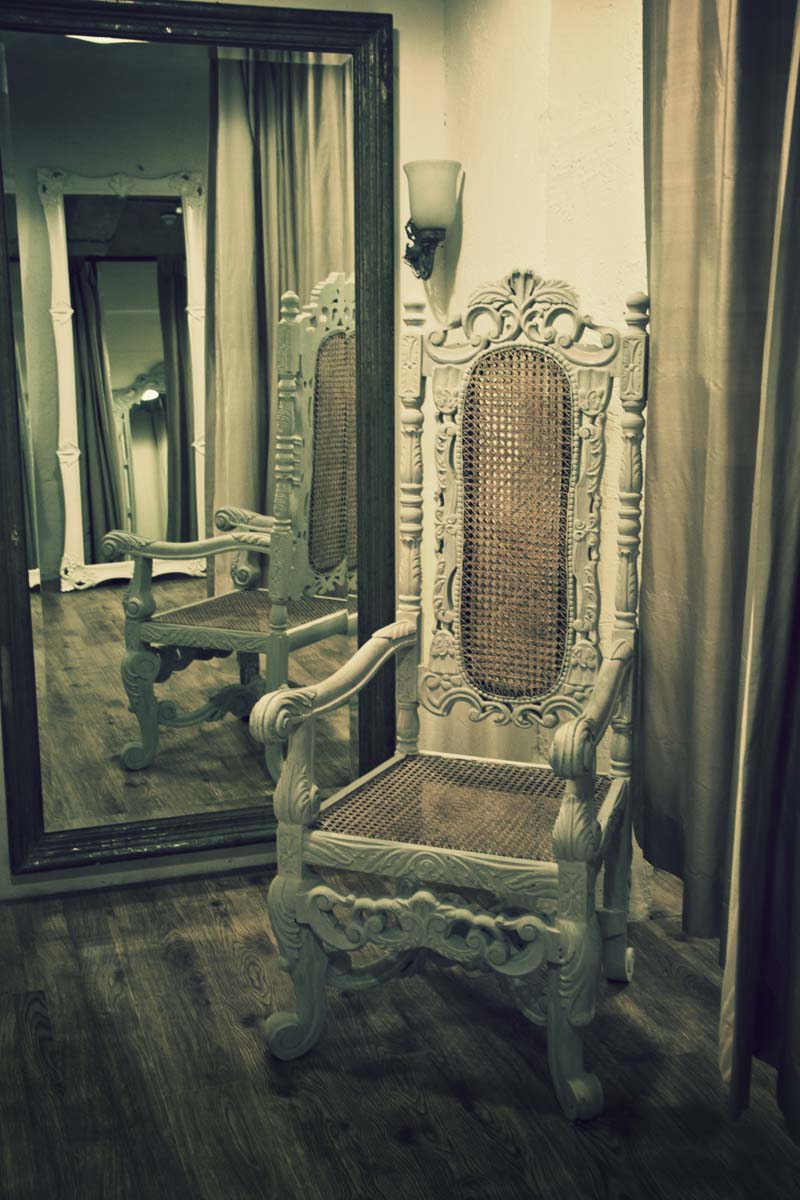 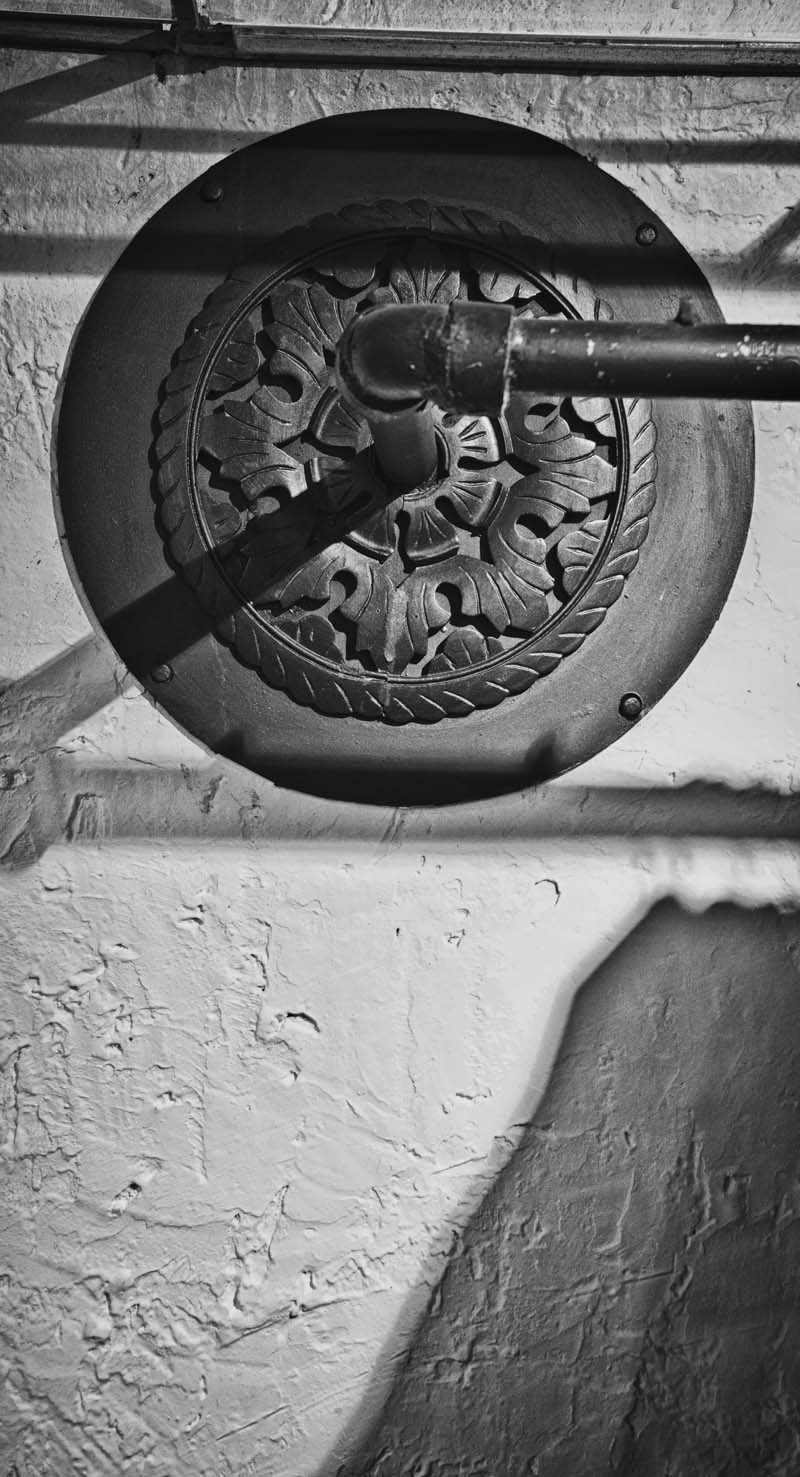 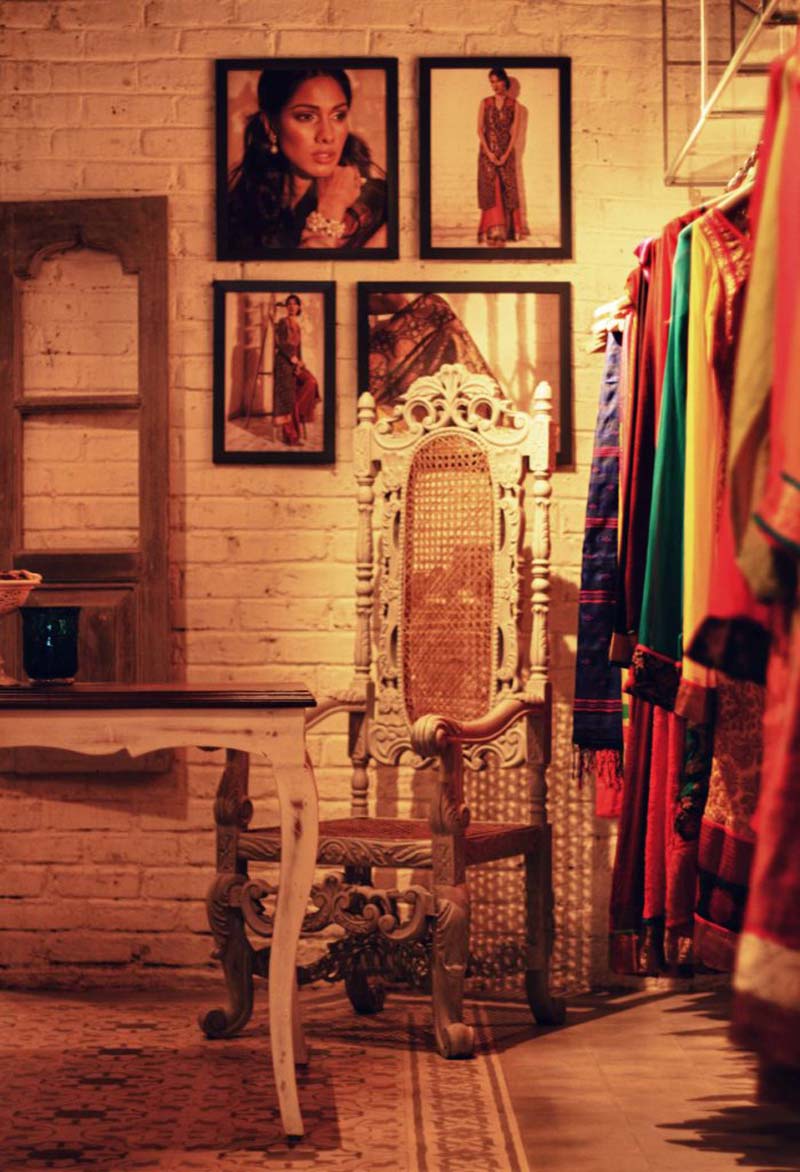 A store for a designer label of sharply cut garments in freshly- ored stone tones on Indian textiles and weaves. For me, it meant an edgy take on traditional techniques of embroidery and block prints – almost androgynous, and which could retail in any part of the world.

One dialogue with the statuesque designer, and I could imagine her stumbling upon a loft – like space in, let’s say, a Williamsburg in Brooklyn, with the structure as is with subtle Indian elements to form the storyboard for the store. And from that point on, the idea took form and evolved organically as I went on.

Fortunately, the space we worked with, in a leafy by-lane had a justifiable volume to create the smooth amalgamation of pale brick walls, an undone ceiling finish tracing an open pipe network and suspended industrial lamps alongside impeccably elegant fabrics and saris retaining a fine line between an old loft and an over grunged space, while trying to tilt on the former. We used furniture and accents sourced from all over with rooted Indian elements, which completed the look of a boudoir, where any woman would feel it belonged to her for the time that she spent there. It was ‘Indulgent but not harsh on the clothes or the wearer’-another point of the brief.